Terries Bears are world travelers and have found new homes in:

Awards & Accolades
I have been blessed and so fortunate to be able to create the bears that I love to make.
It has been thrilling and a real honor to have several of them win awards.
URSA Award winner 2014 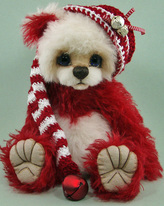 Shandy was chosen for the 2008 Artist Teddy Bear calendar 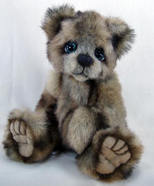 Two of my gargoyles were chosen by a movie production company to be used as stuffed animals in a teenage werewolf's bedroom for the movie "Ginger Snaps 3".